Kaffebrenneriet is a long-standing business in Norway founded by Thomas Pulpan and Steinar Paulsrud in 1994. They are Oslos’s longest-running chain of coffee shops with 40 coffee shop locations, as well as their own bakery and roastery. They employ over 300 staff including baristas, managers and administration.
Kaffebrenneriet has their own KaffeeAkademiet or “The Coffee Academy” where they lead their baristas through several courses in various aspects of specialty coffee. They love serving customers who really enjoy a good cup of coffee!
Kaffebrenneriet has been a member of ACE since 2002. Steinar Paulsrud was the first juror representing the company at a COE International competition in Nicaragua and they have been participating ever since.
Synøve Nesøen of Kaffebrenneriet says “COE has always played a huge role in our company. Our goal is to buy a lot from every auction and attend as many juries as possible. We would like our baristas and customers to enjoy the great quality of COE coffee, both served in our stores as black coffee and by the bag to bring back home. 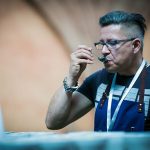 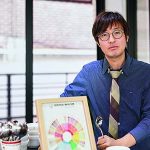